My hope is Service Academy graduates will rally to act before the US follows Syria into Oil Famine. So far Syria experienced a 20% decrease in population.

Oil Famine is not about a lack of oil. Syria and Venezuela have considerable oil resources and are experiencing Oil Famine. I use Syria as an example because it started its trigger point is 5 years earlier than Venezuela.

The capital structure of the US oil industry is collapsing:

Timeline on the crisis in the US. 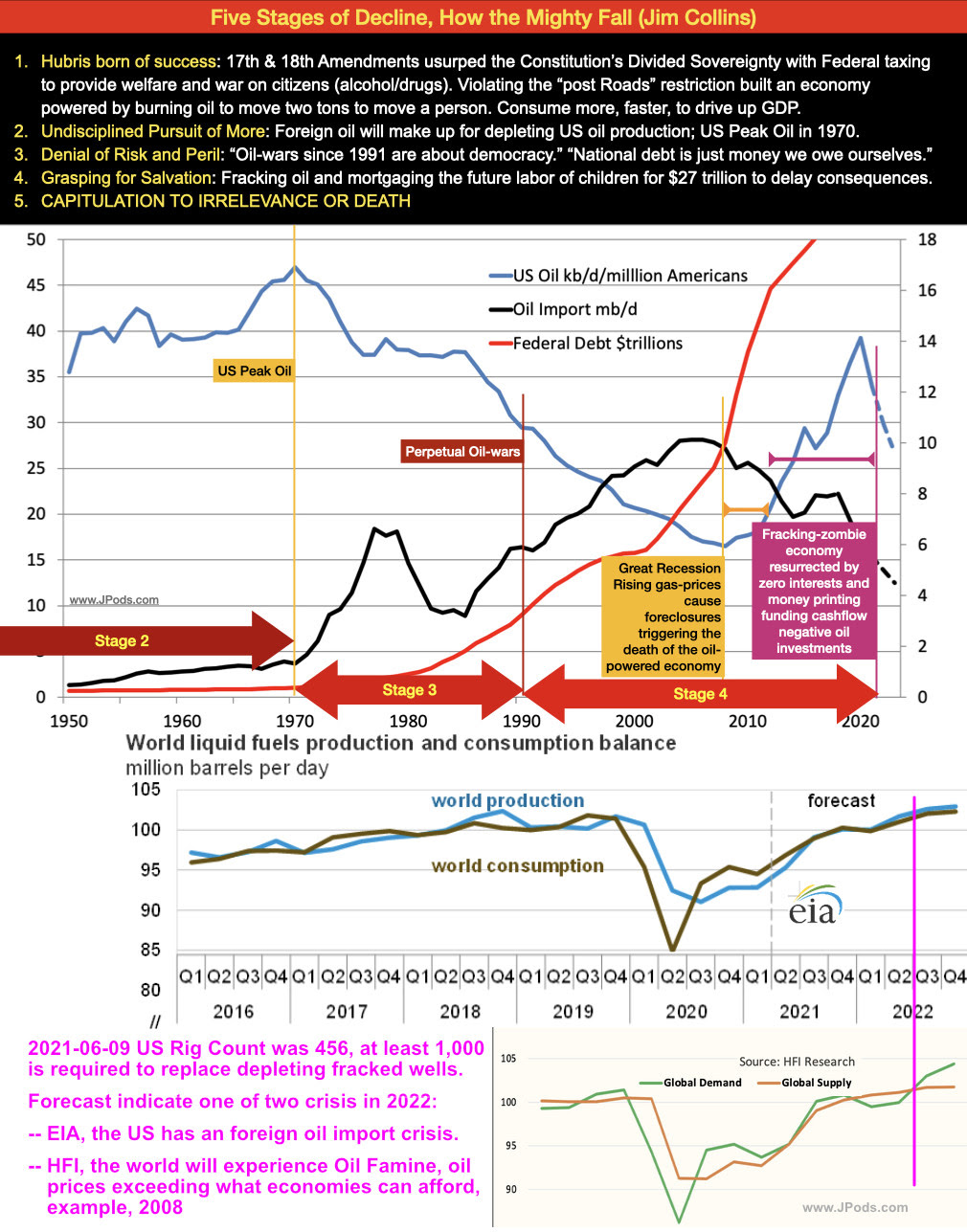 If you can find some defect in my understandings please correct me. I will publish such a correction. I would love to be wrong about this.